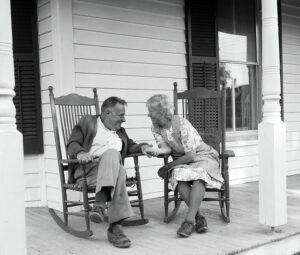 The conclusion from a recent study points out that due to the spread of the Covid-19 virus among members of generations x, y and z, the nation’s senior citizens are now expected to outlive many of those who were born years after they were.

The most obvious reason for the decline in life expectancy is the increasing number of young people who choose to ignore science-based suggestions about wearing masks and maintaining social distancing during a raging pandemic.

“It’s yet another blow to the perceived invincibility of youth,” said Philip Morris, a spokesperson for the California think tank More On that conducted the study. “Many young or self-righteous people are going out in public wily-nilly without taking even simple precautions. Then there’s the thousands of mostly youthful demonstrators roaming the streets partaking in mass protests and ending up either behind bars or drinking at one.”

As a result, the still unpublished report found that actuaries are having to change many of the assumptions about the life span of young and middle-aged adults. They concluded that although seniors are more prone to succumbing to the virus, they have become more aware of their frailties and are reluctant to venture outside the house. By staying indoors many are avoiding exposure to an assortment of diseases and life-threatening situations.

“For example, with seniors choosing to stay at home in greater numbers they’re not as prone to driving into fire hydrants and other objects caused by diminished reflexes. And by keeping away from members of the general public, who’s behavior they often find vexing,” Morris said, “they are also less likely to become aggravated which helps to control their high blood pressure.”

The report found that in addition to an uptick in deaths among younger people related to exposure to Covid-19 there is the unknown long-term disabilities from the virus. The study further pointed to the dramatic downturn in the economy that could mean a rocky road ahead for those who didn’t marry money.

With a bruised and battered economic outlook millions are facing a stressful and uncertain future. For those just starting careers, stuck in low level jobs or facing a stunted job market it could be years, if ever, for them to reach financial stability. And that could lead to a diminished quality of life and a further shortening of their life span.

“The federal government had been acting as if the virus is only around for its ‘fifteen minutes of fame’ and then will disappear. Unfortunately, it hasn’t and won’t,” added Morris.