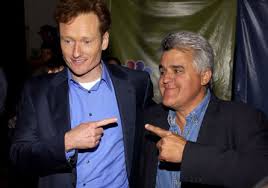 A former executive at NBC told Hollywood Nonsense magazine that towards the end of Conan O’Brien’s ill-fated time at the Tonight Show Mr. O’ Brien approached the network with a way out of a ‘messy situation’. His proposed to hold END_OF_DOCUMENT_TOKEN_TO_BE_REPLACED