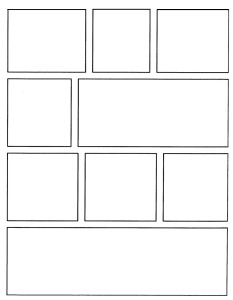 BaconPlant: This new book is a behind the scenes look at many of the cartoon characters lives that we thought we knew. We’re talking with William Willmont, the author of ‘Comics Stripped-The Characters Behind the Characters’.   Simply incredible reading.

William Willmount: Thanks for inviting me.

BP:      This is a fascinating book giving us a look into the on and off screen lives of            many of the personalities who we often think of as being one-dimensional. Top Cat, Bevis   and Butthead, Heckle and Jeckle, the Flintstones, Curious George to name a few. What prompted you to write this?

WW:    I loved watching many of these characters growing up but never thought that they had lives of their own until I heard about ‘On the Rocks’ by Barney Rubble  depicting the turmoil surrounding the Flintstones.

WW:    Not to my knowledge but over the years enough leaked out that it might as well have. And that got me thinking that there must be so many more stories about these characters and an audience ready to read about them.

WW:    Well, that show was based on the popular children’s book Curious George so it tended to follow the books’ plots. The part of Curious George was played by a performer named Atomos.

WW:    Well, finding a curious monkey wasn’t that hard since they all are. Finding one that literally didn’t fling poop at you was another. Atomos didn’t so he got the part.

WW:    You could only keep his attention chasing flying balloons, running after barnyard animals and staring at an unseen man in a yellow hat for so long. Eventually he got    bored and started to hang out with the grips working on the show. He became so good at doing what they did he got an honorary union card. Over time he stopped    performing and now works on independent films and some studio shows doing what grips do.

BP:      Tell me about Top Cat. Here’s a character whose show only had a short run, really all but forgotten, but some really edgy stuff.

WW:    That part went to a character named Randolph ‘Puddles’ Sams who in fact was an actual gang member from Brooklyn. He got the nickname because he was said to leave those that crossed his path laid out like a puddle.

WW:    Yeah, pretty much. And that’s one reason the show didn’t last as long as it probably could have. The other characters on the show, Fancy-Fancy (Jim Areas), Benny the   Ball (Mike Barons) Spook (Tommy Rollins), etc. were all trained actors and became intimidated by Puddles and some of his gang friends who came to visit the set. It got         to be too much.

WW:    Yeah, Tweety, played by Pat Andréa, had a real mean streak that beguiled the          harmless appearance. First off it was hard to tell Pats’ gender and add to that the     speech impediment. The creators of the show found the right character to play the part. I think Pats’ own insecurities about sexuality and speech were what made the  portrayal so believable.

WW:    What many don’t know is that Sylvester, played by Malcolm Ridge and Pat Andréa  are three time Academy Award winners. Malcolm was paired with the Pat’s Tweety Bird character both because of their similarities in speech and the obvious conflict of playing a bird and a cat. Sylvester appeared with many other characters such as Porky Pig (Frank ‘Butterball’ Yates) and Elmer Fudd (actually named Elmer Fudd) but is mostly associated with Tweety Bird.

BP:      We really could go on and on but briefly could you give our readers some other tidbits.

WW:    Sure. Mr. Magoo, played by Richard Templeton, was let go by the studio when they found he actually was going blind. Heckle, of  the comedy team Heckle and Jeckle, actually made his first on screen appearance playing one of the background crows in the feature film Dumbo. Neither Bevis (Sean Scales) and Butthead (Tony Silivoni) had ever tried drugs before the producers introduced them both to pot in order to get the show to flow along the story lines they had envisioned.

WW:    In filming ‘The Jetsons Meet the Flintstones’ Fred, played by Bruno Lucie and Betty, played by Gail Pacific, both reportedly had illicit affairs with an underage Samantha    St. Johns, who played the Jetsons high school age daughter Judy.

BP:      Again, fascinating, fascinating stuff. There’s plenty more in William Willmonts book ‘Comics Stripped-The Characters Behind the Characters’. Thank you so much for       joining us.