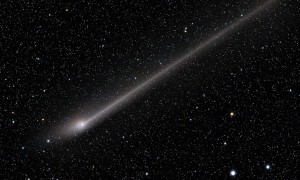 First off, I’m not making any apologies. It is what it is.

Anyway, we’re not here for that. You want to know what the hell happened? So, pay attention and I’m going to tell you how it started and why it all ended.

One day a deep space probe picked up a transmission and just like that I had discovered intelligent life beyond our own. And after the celebratory toasts and the drunken boasts what followed was the sour taste of reality. Yeah, there were procedures to notify the world community of such a find but the enormity of the event was nearly overwhelming.

Of course of the dozen or so in the room many were eager to make it public, establish contact and reap the rewards. Others in the group, however, made it clear we should think twice about contacting extraterrestrials. It wasn’t necessarily paranoia, they argued, to believe such an encounter could have grave consequences.

In the end though, it came down to a decision of one and that one was me. I think this is the part where I’m supposed to tell you who I am. I’m Owen Fredrick. And if you don’t know Owen Frederick you’re not worth knowing.

Let me tell you something I’m sure you know, I’m smart. I don’t pretend to know everything because, to be blunt, I did. Born three months premature I had the awareness of a kindergartener right out of the womb. Not funny, true. The doctor who delivered me was so amazed he quit his practice and made it his life’s work to study mine until the day he passed away.

Now, he’s entombed at my BioSustain Lab, one of my subsides to go along with my solar power cars, genetic food farms, artificial intelligence group and other remarkable ventures I oversee.

With all of that, though, it was always about the great beyond – exploring it, defining it, mastering it. I had to have it and I saw to it that the space program was one of those things where the government could only get the ‘B’ squad because I already had the ‘A’ team.

And since this discovery was done on my time and my dime, the government in its lack of both hindsight and foresight having contracted out anything worth doing to the private sector. I had the contract and with that came the control.

Still I couldn’t do it all, that I knew. I needed to widen my circle so I brought in those I thought I could trust to gather a working knowledge of the phenomenon. To protect the discovery I led them to believe that they were participating in ‘what if’ scenarios of all sorts. I also made it clear that if they went public with the exercise I could put them out of business. And I would.

I referred to the spacecraft as ‘Spot’, short for ‘space object’. It had a benign feeling when you said it. ‘See Spot – see Spot run – see Spot come at incredible speed.’

My space station became the focal point for a succession of exploratory signals that were sent to Spot. There were no markings on it, at least that could be distinguished, or even an indication as to which side was up or down. It occasionally deviated in direction and other times its signal disappeared from our radio tracking but it always came back headed towards us.

Next I set up secured locations around the world with independent teams of astrobiologists, physicists, defense specialists, anthropologists, software programmers and support staff. They were tasked with developing an eclectic collection of analog and digital videos, photos of nature and objects, patterns of light and audio recordings.

They were producing multiple ‘welcome packages’ in the belief it would bring greater chances of success in developing at least one that could be recognized by Spot. When they finished their results were funneled through a classified network to the Project, re-programmed for transmission and relayed by one of my satellites to rendezvous with Spot.

Of course the time came when Spot became visible to over the counter telescopes and anyone looking with a keen eye. So, with no choice, I decided to release some or our findings. A meeting of the worlds’ leaders was called on my behalf to discuss what was described to them as ‘border issues’.

The attending heads of state and their advisors were brought into a boardroom where I told them only what they needed to hear. As to be expected, nothing constructive came from that gathering of egotistical public servants so full of mistrust and themselves. They told me nothing I didn’t already know or cared to.

Next the masses were informed, first by rumor, then official channels and again by rumors. The news was jolting, alarming. It paralyzed, it energized. It caused hysteria and reflection.

And then Spot dropped off the radar. Poof. Gone.

Its disappearance was perhaps a maneuver it had performed whenever it passed any curiosities along its path. Maybe it just wanted to be left alone. But for any of the untold reasons it might be, it was the stuff of dreams and nightmares.

Three uncomfortable days later Spot re-appeared. Long past our planet, it continued its journey from and where no one knew.

But it left something.

The public was told that a signal may have been received and would be evaluated. It wasn’t long before wild speculation wound its way down to apathy. Spot became just another oddity; a topic discussed when another conversation slowed down. The world’s frightened economies began to recover, religions went back to selling snake oil, petty hostilities resumed and lawns got mowed.

That was not quite all of it though. I convened a secured meeting with generous governments and allied followers within the scientific community. I told them that in actuality a ‘packet’ had been sent back containing a software program similar in structure to one that had been set up. Spot seemed to have digested what it had been given, amended it with its own information and returned it to us.

But what they were not told, what no one knew, was that I had embedded a little something in every program that had been relayed to Spot. I had built a code for that voice in me that was suspicious Spot would be hostile in nature.

To be undetected I had buried the seeds of a virus and spread them in small doses throughout all the programs. Later, if warranted, I could selectively bring them together. One other point I didn’t share with them was that when Spot disappeared from our tracking so did my ability to control those bits.

And now, we are doomed.

The raging apocalypse came when Spot, knowingly or not, sent back its reconfigured package with a mutation of the malicious code I had inserted. When I shared Spot’s reply with others the altered virus attacked the world’s software and computer hardware. Then, the seemingly impossible, it jumped to the living.

It was fast and it was brutal.

With no point of reference there wasn’t time to stop the pathogens rampage and millions, billions were infected in most gruesome ways. We’re all going to die from what were my best intentions to defend against the worst ones. Those who had warned against contacting alien life were right about the destruction. What they probably never imagined was that I would be the source of that conquest.

But, let’s face it, I always went big.

There won’t be time before the end of life as we know it to analyze the reams of knowledge Spot’s code may have contained. Now with recorder in hand I say to anyone or anything that comes along this. That before all the computers failed; before the world went mad and before I die alone in this fortified pit I was able to translate the first few words of Spot’s message to us.

It said: ‘In the beginning…’