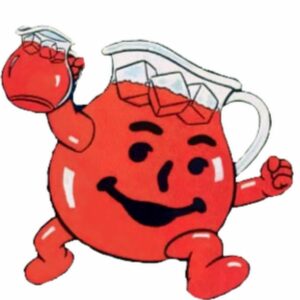 President Donald Trump’s long history of success with branding will reportedly soon be used to help endorse goods and services found at the White House. Speaking off the record an administration spokesperson said, “President Trump has found yet another way to put money back into both the treasury and the private sector by promoting American products.”

Using a process similar to ones employed by professional sporting teams as well as organizers of spring break bikini competitions, the highest bidder will determine which brands will receive the official designation of ‘As Seen At The White House’. Also under consideration is the use of the likenesses of the White House family, staff and Cabinet members to further enhance the brand relationship.

“It’s all perfectly legal or will be soon,” the spokesperson said. “The administration expects a tremendous response from companies, such as Kraft Foods (makers of Kool Aid), looking for an opportunity to be represented at the ‘People’s House’.

“The value of product placement at the executive mansion can’t be put into dollars and cents, although it will be. And all of the profits, after expenses, will go to help pay off the national debt. The President sees this as a win, win and a novel approach in finding new revenue streams that only someone with his background could lead us to.”

The spokesperson was asked if President Trump knew of the association between the use of Kool Aid and the 1978 mass suicide and killings at Jonestown, Guyana. In that instance Jim Jones, a delusional cult leader of the ‘People’s Temple,’ coerced some 900 followers to drink a lethal mix of Kool Aid and cyanide when he felt the media and members of the United States government were out to persecute him.

“I don’t believe anyone at the White House is aware of that,” the spokesperson said, “and frankly it sounds like  another case of fake news. In fact, as President Trump continues his term in office we expect to see more and more Americans drinking Kool Aid.”

One Reply to “‘Kool Aid’ To Be Official Beverage of White House. “Everyone’s Drinking It””