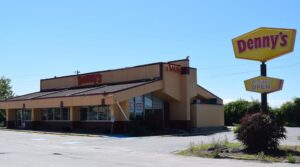 A raging pathogen and a reporter sat down recently for a rare interview inside a shuttered Denny’s restaurant in New Jersey. The correspondent, whose name is being withheld for security reasons, filed this report before being admitted to the ICU at a local hospital.

Tell us a little bit about yourself?

Gee, thanks for asking, great fucking question. I grew up fast and angry, the bastard offspring of a bat and a pig.  Now I’m an organizer for the tri-state New York chapter of the Wuhans which have affiliations worldwide. And, which ain’t surprising, our membership’s still growing. We’re kinda thought of as one percenters but we aim to be more than that.

You call yourself the Wuhan’s but you’re referred to as Covid-19.

Yeah. No. That sounds like a fucking cough syrup or a laundry detergent. We used to get confused with Forever 21 but they went kuputski. Nothing’s forever, am I right? Anyway, it was okay when everyone thought we was some sort of Mexican beer.

In a short period of time you’ve been remarkably successful in taking business away from more established ailments. Is that leading to any bad blood?

Bad blood is all we do. And let me tell somethin’, we don’t fuck around.  We’re going to move on you like a bitch and you’re gonna feel like you can’t even catch a breath. So, yeah, we’re gonna be the big swinging dicks for a while.  Anyway, it’s not like there’s a shortage of clientele to go around.

Which brings me to this. I wasn’t entirely surprised to hear you got together with President Trump at the White House. Should I have been?

Well, that shit never shoulda’ happened, if only cause of professional courtesy. That guy Trump is really one of the greatest reasons we’ve been so successful both at the local and national level. He set one of the worst examples we could have hoped for. When we find out who fucked that up somebody’s gonna get vaccinated real bad, if you know what I mean. And I think you know what I mean.

Your members seem to be pretty active in the community. How’s the reception been?

And why do you think that’s been?

We got what I call an ‘infectious personality’ and even for those who aren’t receptive at first we often end up growing on them.

What do you say to those who think you’ve overstayed your welcome?

What do I say? I say if you don’t want any trouble keep your fuckin’ mouth shut, your hands to yourself and walk the fuck away when you think we’re around cause we ain’t going away anytime soon.

Yeah, say hello to your mother for me. Now get the fuck outta here.