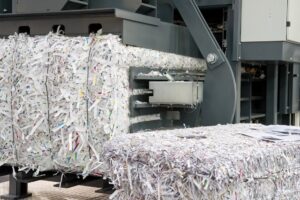 The White House is said to be ordering large amounts of paper shredders and burn barrels as it appears likely that Donald Trump will not win re-election. According to a source within the Administration, who spoke off the record, ventilators originally intended for the fight against Covid-19 are being re-manufactured as industrial grade paper shredders.

“This is being treated as a no bid contract with vendors who have security clearances” said the high-ranking government official. “Because of the sensitive nature of the project the vendors are charging hundreds of thousands of dollars per unit with no questions asked.”

The official went on to say that “the suppliers are trying to justify the inflated cost by claiming the shredders can handle paper of any color, pages that are printed on two sides and inserted upside down or sideways. It’s all bullshit.”

There has also reportedly been a steady delivery of so called ‘burn barrels’ that are being used to incinerate computer hard drives, cellular phones, pill bottles and other items. Some members of the White House landscape crew have reported that they’ve been instructed by administration officials to “burn the hell out of whatever we bring to you.”

Said one, “They have us roll out these barrels out back by the rear service entrance. As soon as the sun goes down, we’re firing up.  I’m not so sure it’s legal but the overtime is pretty good.”

When asked about the possibilities of the wholesale destruction of government property a White House spokesperson called the accusations “fake news.” She went on to say “Our duty to the American people includes the safe keeping of sensitive materials. In some cases, the president may decide that their existence is a threat to national security.”

Other members of the White House staff are also said to be anonymously posting items for sale on eBay,  Craigslist and the QAnon classified section. Billed “As Seen At The White House”, many of the articles being marketed are affixed with the Presidential seal and include silverware, throw rugs, towels, one of kind collectors items and assorted knick-knacks.