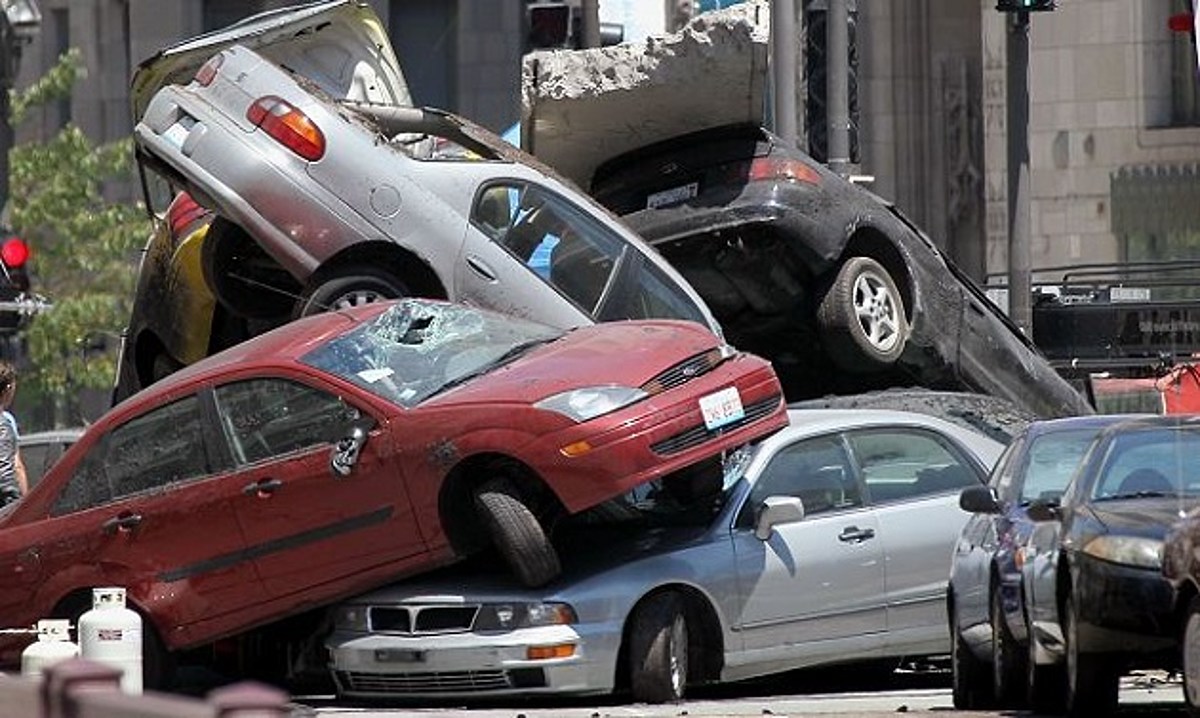 Attendees at a Trump Rally were delayed for hours as a nearby intersection controlled by a four way stop led to confusion for those entering resulting in dozens of collisions, injuries and arrests.

Local police were called multiple times to the corner, which is about a mile from the event when motorists, as well as pedestrians walking to the rally, apparently became disoriented while attempting to navigate the intersection.  A witness said that even though traffic officers were eventually assigned to control the flow of traffic “many of those folks ignored them anyway and drove through honking their horns and yelling, flipping everyone off, swerving and stuff like that.”

Records obtained from the city’s traffic department show that since the beginning of the year there had only been three incidents at the intersection. However, in just the first six hours prior to the Trump Rally the police responded to thirty-seven reports of vehicle collisions. In addition, officers made twenty-one arrests for assaults and drug possession, fifteen DUI’s , sixteen for menacing, eleven for parole violations and four counts of indecent exposure.

Myles Rhodes, an expert on traffic management at Barnyard University, said that “four way stops, also known as all way stops, are primarily used for roads with a mid to light volume of traffic that don’t meet the requirements for a traffic light. Using common sense and situational awareness are the most important factors in safely going forward.  For those drivers with neither, determining  who has the right of way can be challenging.”

Adding to the delay of Trump supporters traveling to his rally has been the complete shutdown across town of a traffic circle and the surrounding streets. The problem is reported to be ongoing as vehicles are said to still be pilling up in every direction.