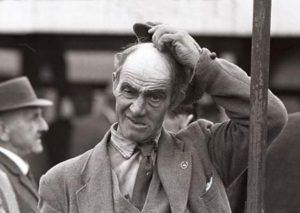 The benchmark for the so-called ‘lowest common denominator’ of Americans is now close to bottoming out.

“Any lower and we’ll be flat lining,” says Owen Richards, head of statistical analysis at More On, a California think tank.

The term represents a measurement of the level of the least discriminating audience or consumer group. The study titled ‘Reasoning In the Population’ (RIP) paints a grim picture of a growing segment of Americans.

“Left to their own devices and the misinformation they get from them, many adults are having difficultly coming up with even one fact based thought,” Richards said.

The study of 2,700 subjects shows the correlation of the growing use of ego driven social media, a hyper political climate and the need to fill a bloated 24/7 news and entertainment cycle as some of the factors responsible for the downward spiral.

“To get a base line we pored over thousands of Facebook postings and Twitter feeds as well as stories in the New York Post, interviews at public urinals and Fox News. The findings were horrific. For example, the large following of You Tube egg videos and people unwrapping a box of merchandise is not an aberration.”

Richards also points to the popularity of Donald Trump as indicative of the decline in  perception and reasoning. He cites the acceptance by Trump supporters of his string of near truths, contradictions and outright lies as examples of the lack of basic analytical thought among millions of Americans.

“What we see happening is a worldview based on fiction posing as facts that seeps down to become core beliefs. Across all segments of society people are believing what they want to if it fits into a narrative they’re comfortable with.

“Unfortunately, that can result in an inability to consider any conflicting yet pertinent data. About the only thing those in our study could agree on was the alphabet, although not necessary in letter order.

“I’m afraid,” Richards added, “the days of enlightenment are long over.”