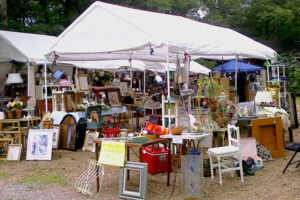 What was first thought to be a reprint of a Margaret Keane ‘wide-eye waif’ purchased at a Schenectady, New York garage sale turned out to conceal a copy of former President Donald Trump’s latest federal and state tax returns.

A spokesperson for the individual who bought the painting says the buyer wishes to remain anonymous for “so, so, many reasons. I can say, however, that the documents themselves have been authenticated by a former Internal Revenue Service agent, as well as an authority on chaos theory and a mathematician who specializes in abstract equations.”

Without going into specifics, as the documents are still being withheld from the public, the source said that as one of the experts reviewed the forms she began to feel like she was going down “a mathematical rabbit hole that became more disorienting with each entry. By the time she got to the last page her head was spinning like a top. It’s a real piece of work.”

The painting, a typical Keane rendition of a petulant child with freakish eyes, was said to have been purchased for seventy-five cents within the last three months and was originally bought to decorate a sitting room. It was soon after it was hung that the picture began to “weird out the occupants of the house. When the homeowner took it off the wall the family dog began to tear it apart and it was at that time that the returns were found wedged in the frame,” the spokesperson said.

The finding is reminiscent of the 1989 discovery of an original copy of the Declaration of Independence secured within a picture frame at a Pennsylvania flea market which later sold for nearly $2.5 million. Experts, however, believe the Trump document could attract even greater interest as no complete versions of the Presidents much anticipated filings have been released.

It still hasn’t been determined how the document found its way into the painting and the White House has so far refused to comment on it. Although Trump is not known as a patron of the arts, pictures such as Keane’s big eyes, dogs playing cards on a velvet canvas and clown paintings are popular in Queens, New York where the President grew up.